Election fever hit Cliddesden Primary School on Thursday 7th May. While the country went to the polls we held our own mini general election at school.

Leading up to the event, Oak Class spent several lessons learning about how and why we have elections and how democracy is an essential part of our British values.

The children formed themselves into 5 political parties: The Incorporated Party, T.H.E Party, The Pastel Party, The Mohawk Party and the Can-Do Party. They all wrote manifestos that included some very creative ideas such as improving housing by painting buildings in bright colours to employing Inspector Gadget and Sherlock Holmes to lead the police force in order to bring down crime rates! They also made their own party political broadcasts which they filmed using our i-pads.

In a special election assembly on 7th May, the leaders of each party gave a speech to the whole school on why we should vote for them and their party. They were then subjected to some grueling questions from the audience!

Finally in the afternoon, we set up a polling station in the hall and each child in the school, and the teachers, were given polling cards. After having their cards checked and names ticked off the voting register, they were given a ballot paper. A cross in the box for their chosen party and the paper popped into the ballot box.

After a careful count by balloteers Oliver and Zac, the winners were announced in Friday's assembly. The results were close but a majority was won by The Pastel Party and their leader Faith.

Who would you vote for? 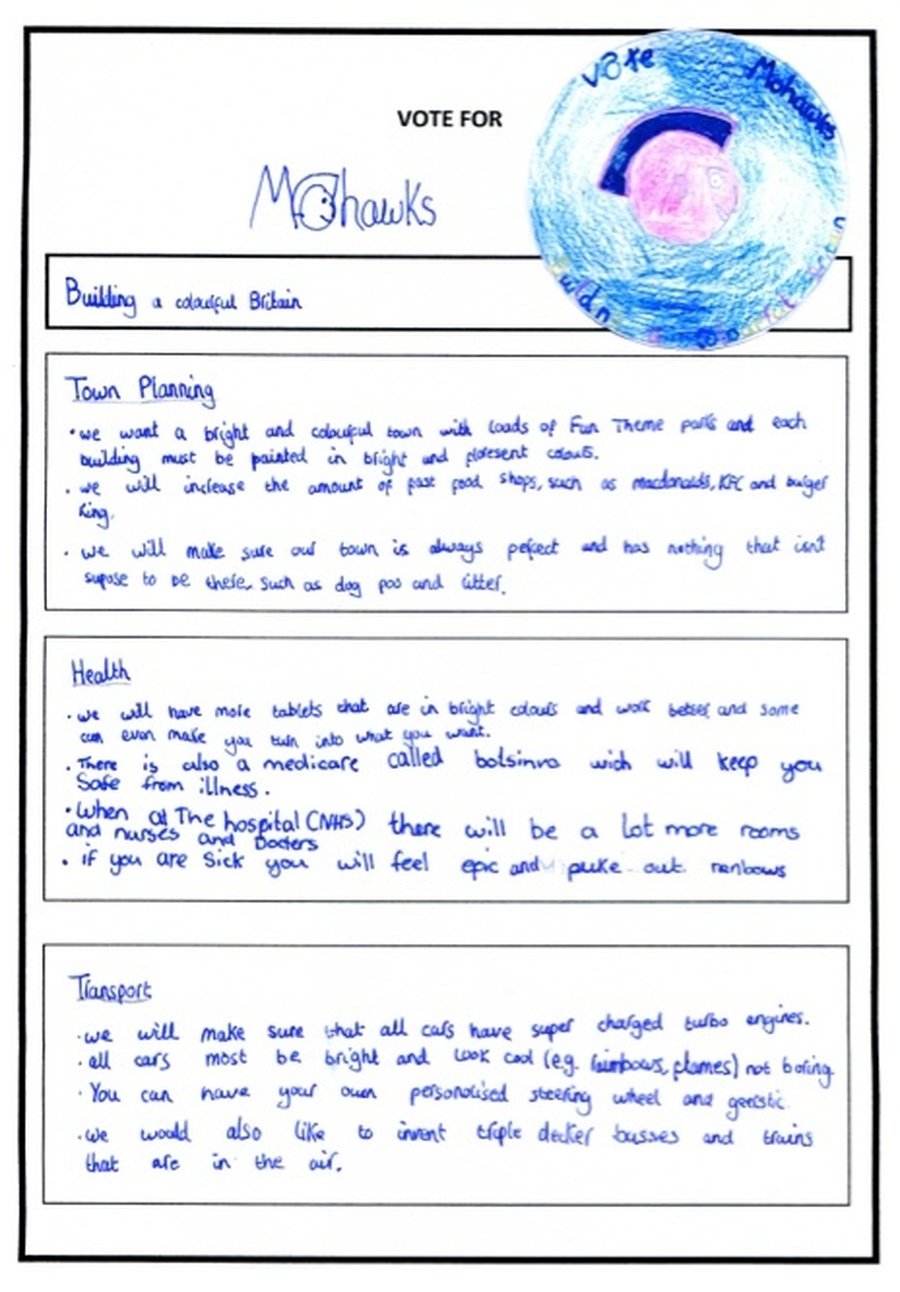 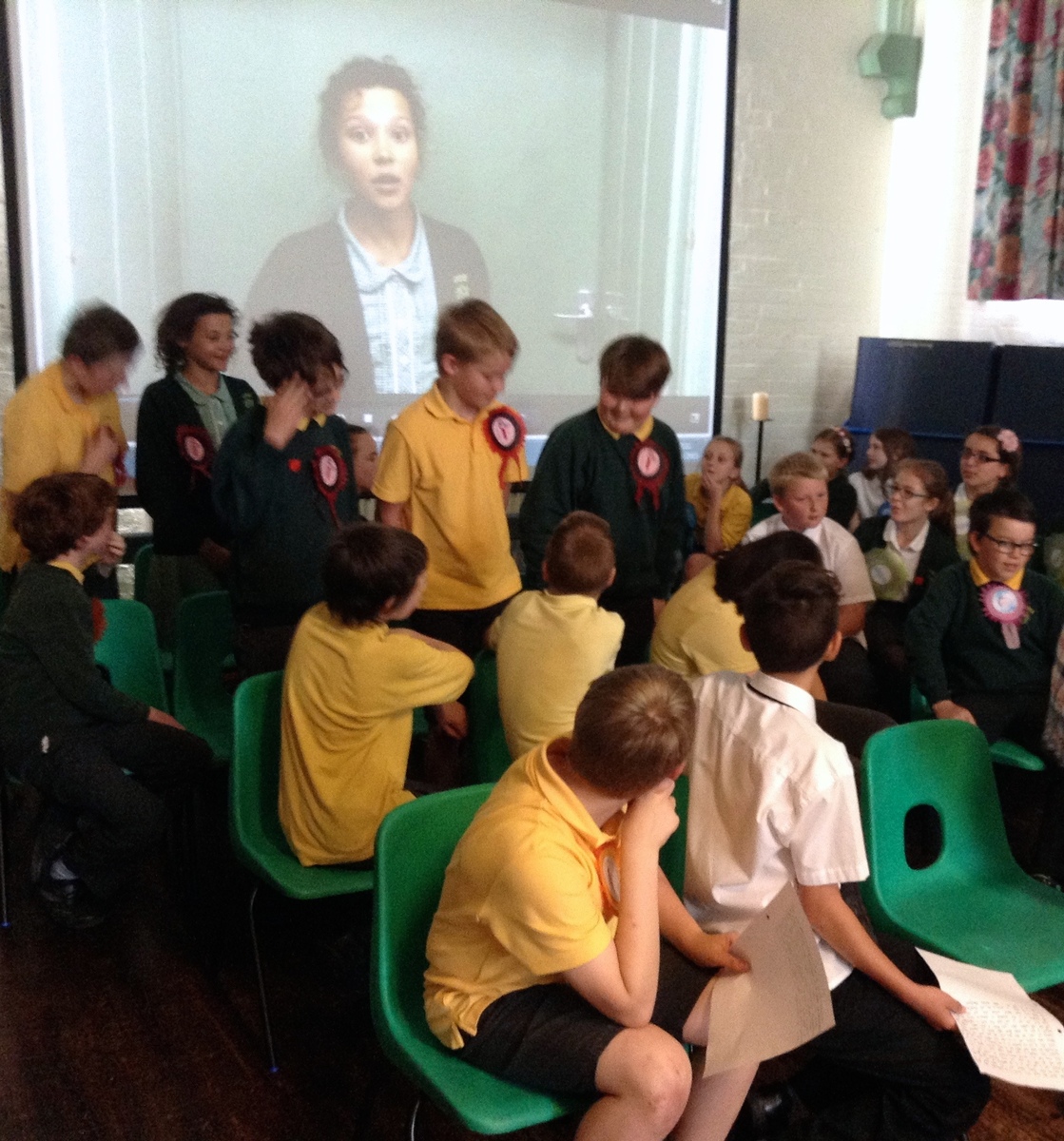 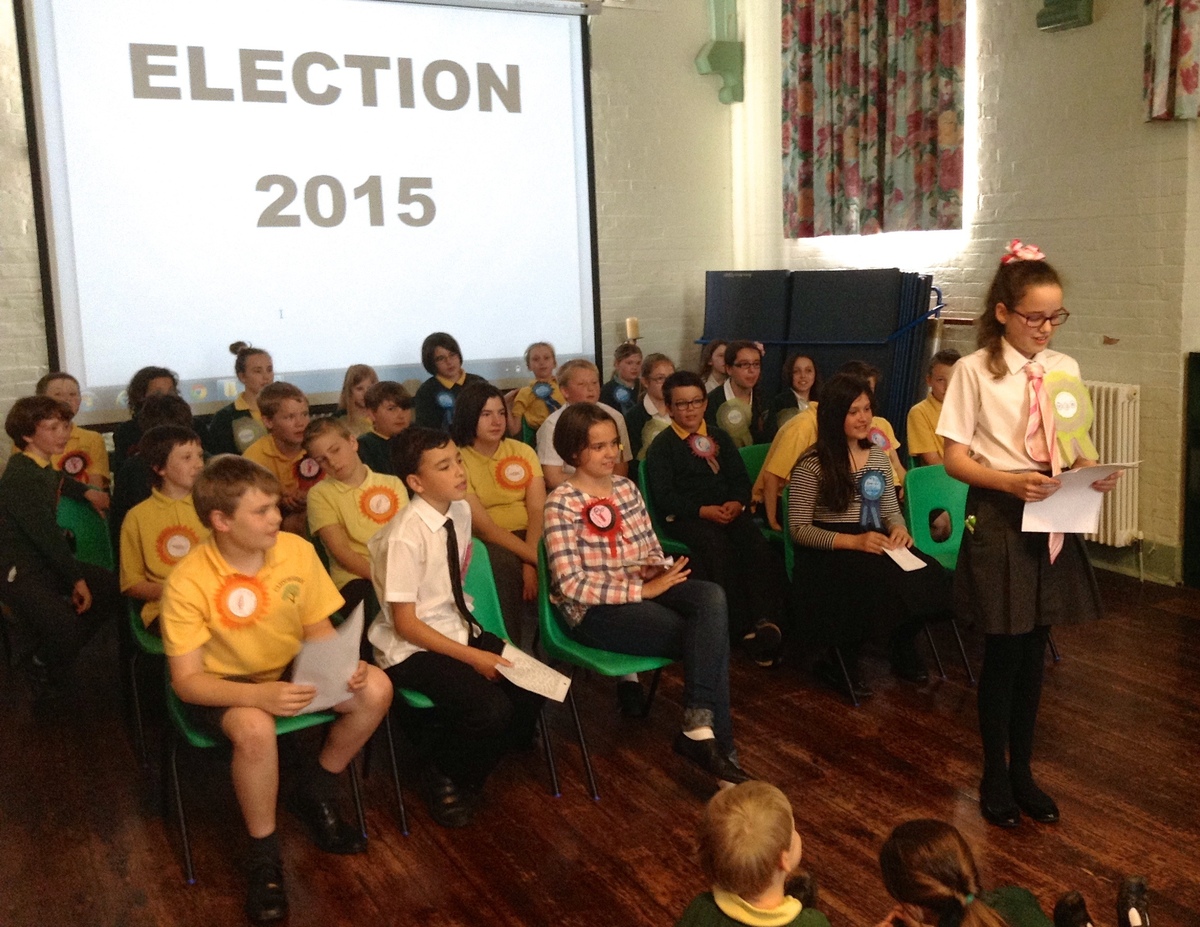 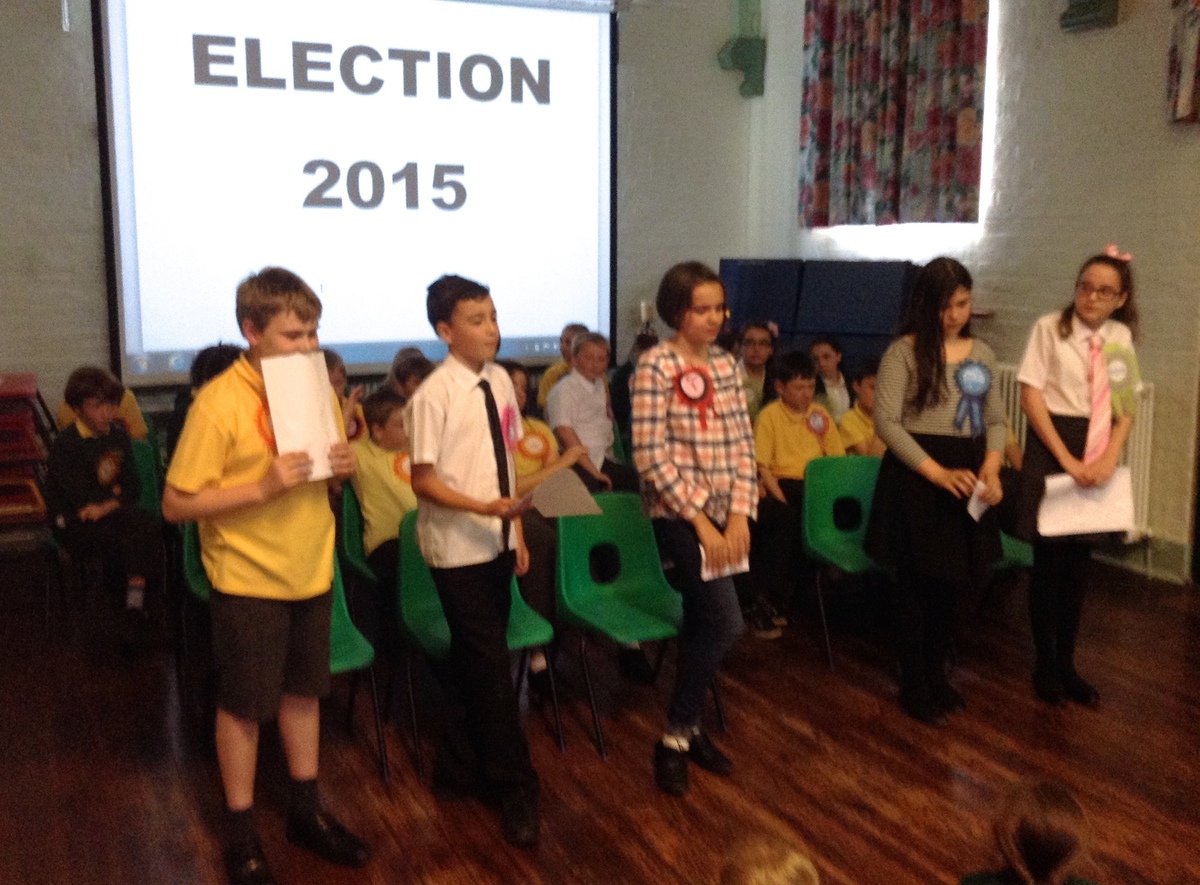 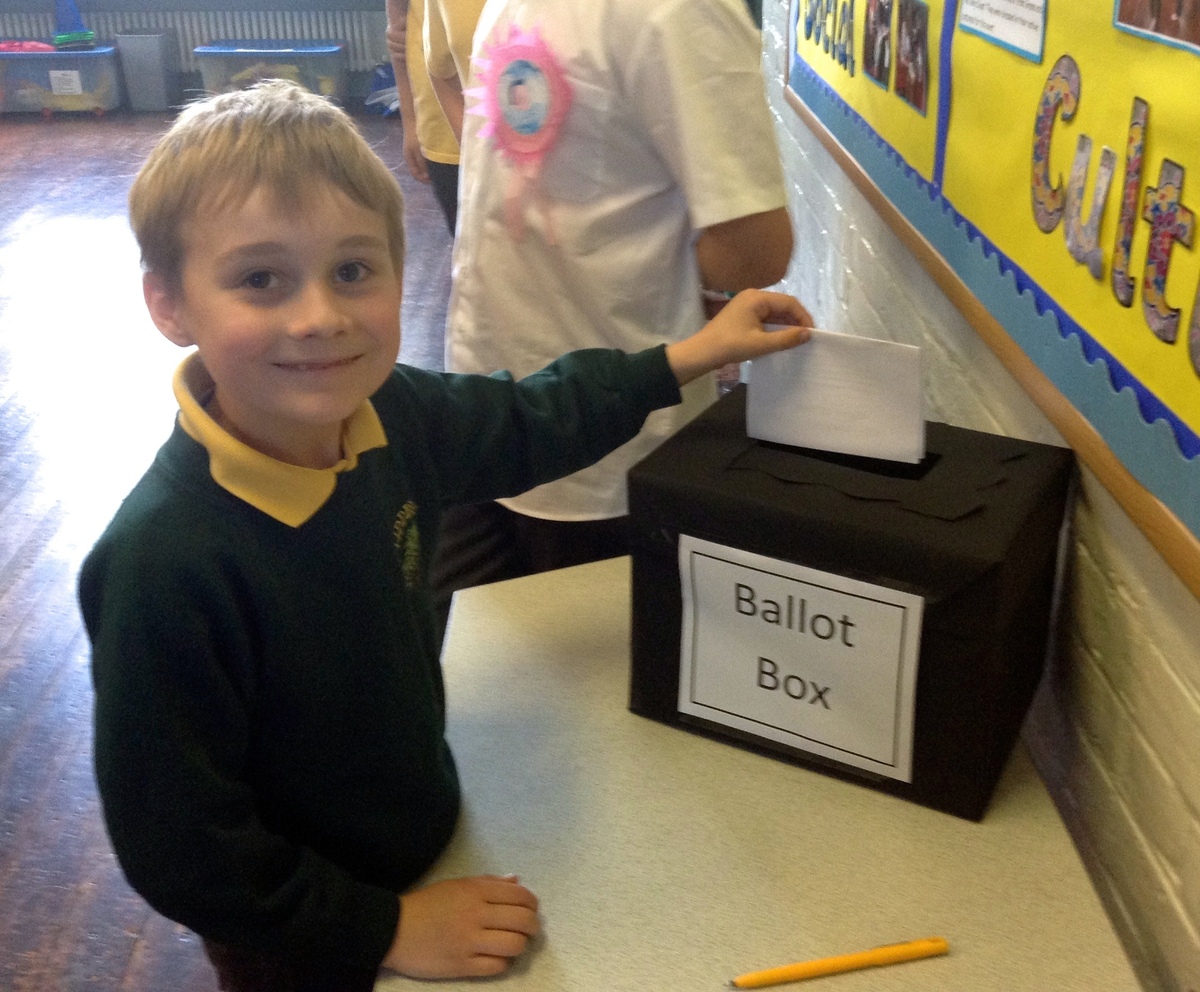 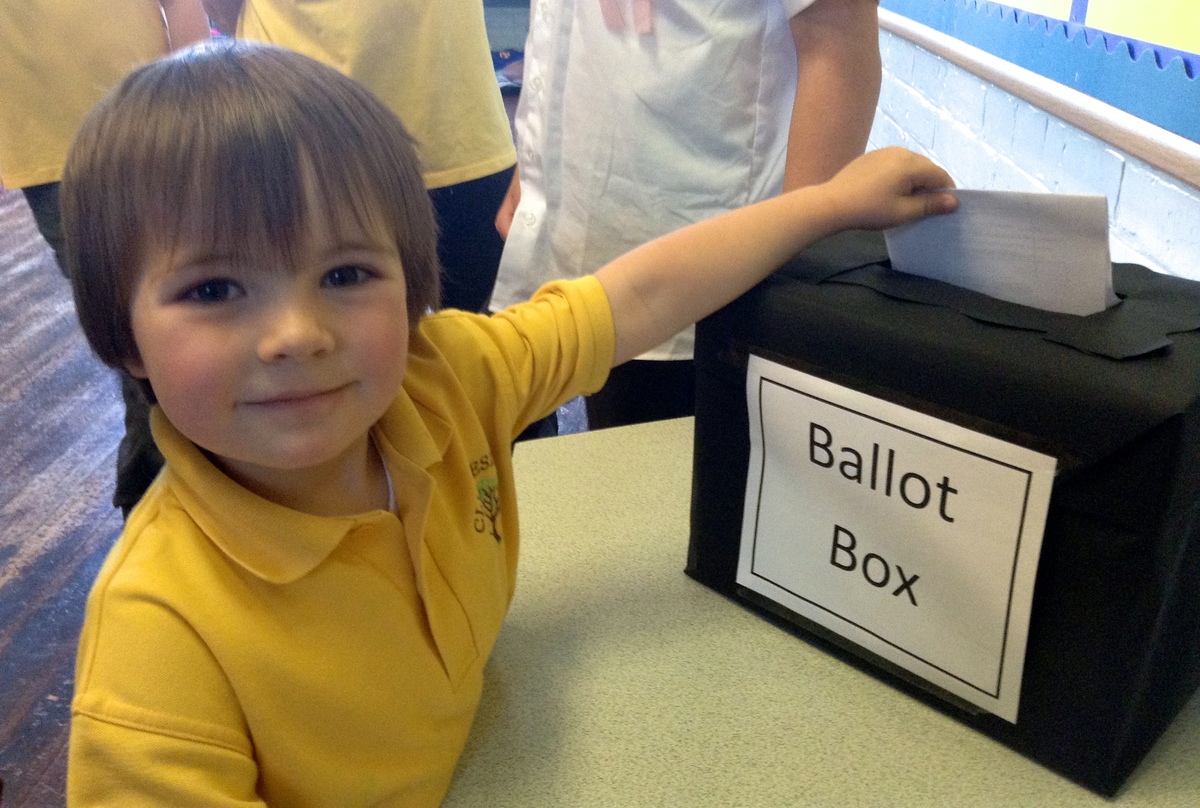 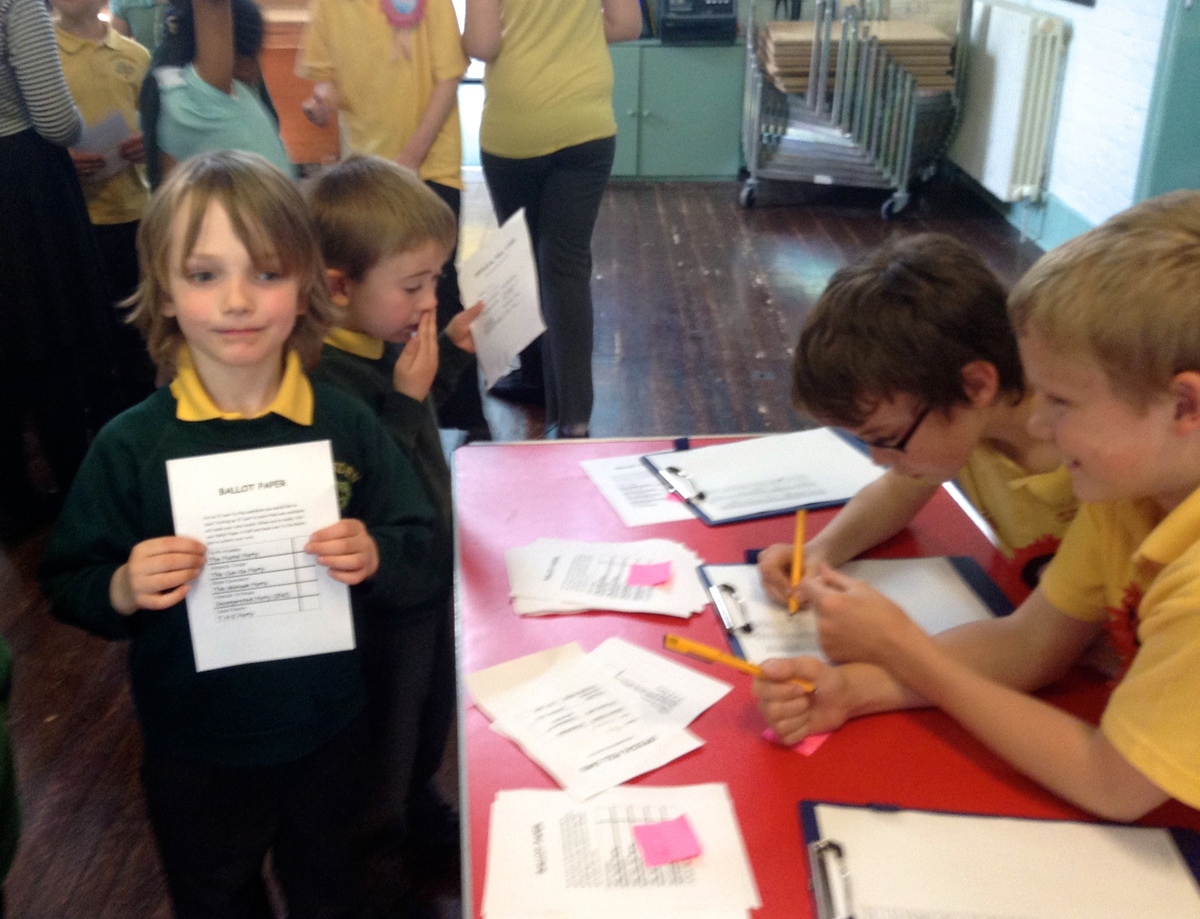